It’s hard to say what’s more interesting, a surfer who has a contagiously fun personality, a surfer who’s family is embedded in the history of Hawaiian waverideing, or a surfer who charges some of the most insane waves around the world.
Mason Ho is all three.

The North Shore’s most out-there personality is the son of Michael Ho and nephew of Derek, Hawaii’s first world champ. The famous brothers owned Pipeline and made a mark during their time on the World Tour in the 1980s and 90s. And his sister, Coco happens to be one of the most dominant surfers on the Womens Tour.

Mason has the full modern aerial repertoire, translated into his own style. But as a an invite to the prestigious Eddie Aikau Big Wave Invitational at Waimea Bay, he is also among a short list of the world’s best big wave performers. He has twice won the HIC Pro at Sunset Beach, hung with the best in the world on select WSL World Tour events and took top honors for Surfline’s Wave of the Winter, December 2016. But it’s his infectious charm that the surf world loves. 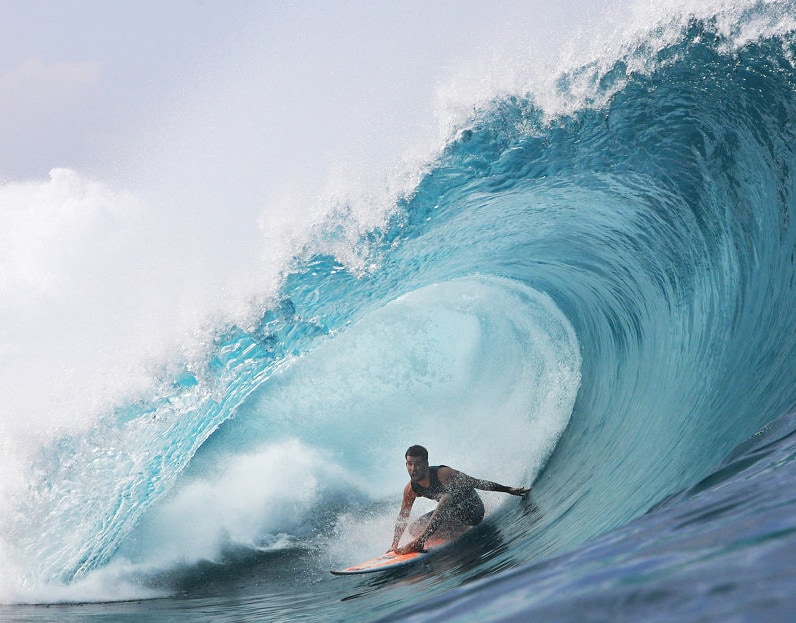 "When I was a kid I'd always see that iconic REEF logo on my uncle Derek's surfboard, so every time I'd draw the logo in art class at sunset elementary school. Now to have Reef on my surfboard and be part of such a solid team/company makes me feel really special!" - Mason Ho
BACK TO OTHER AMBASSADORS